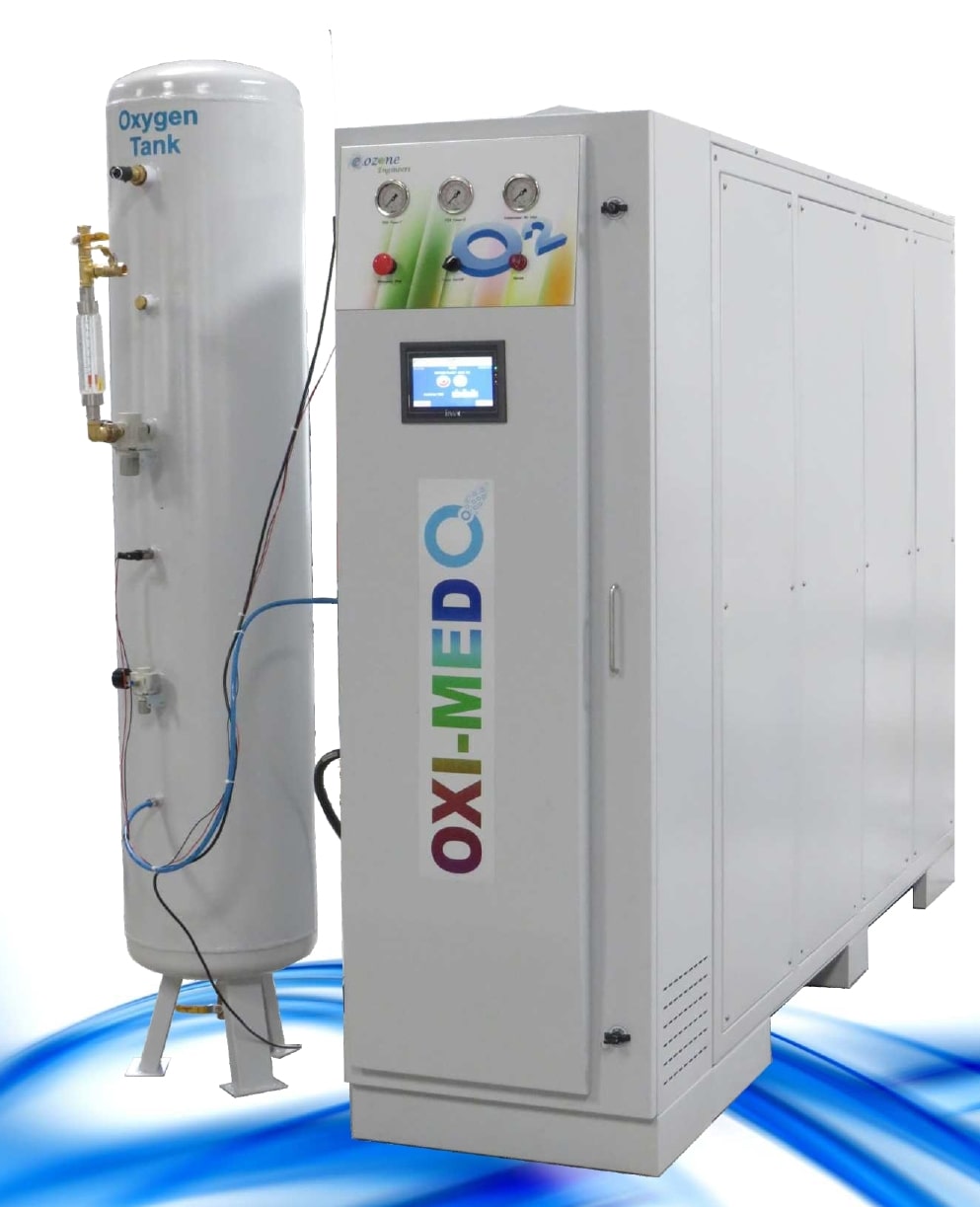 The normal flow of air through the PSA generator is shown in below picture. After exiting the filter, the compressed feed air is regulated down to 4.0 – 6.0 bar(g) and then directed by pneumatic activated valves into one of two absorber columns containing molecular sieve.Molecular sieve has the unique property that it physically attracts or adsorbs nitrogen from the air, leaving the oxygen to pass through to the product tank, and can when saturated with nitrogen be regained to clean sieve again by purging with oxygen under lower pressure conditions.
The PSA generator consist of two absorber columns working in alternate operation,e.g. the processes always run in antiphase to one another in such way, that one absorber column with cleaned sieve delivers oxygen while the other absorber column regenerates saturated sieve.
After a certain pre-set period, the processes shifts, so that the first absorber column now regenerates saturated sieve, while the second is delivering oxygen through a cleaned sieve. The oxygen from the absorber column is stored in the product tank. From the product tank the oxygen is regulated to 3-4 bar(g), depending upon model and the consumer's specific working pressure. See below picture for more detailed information on the working process. 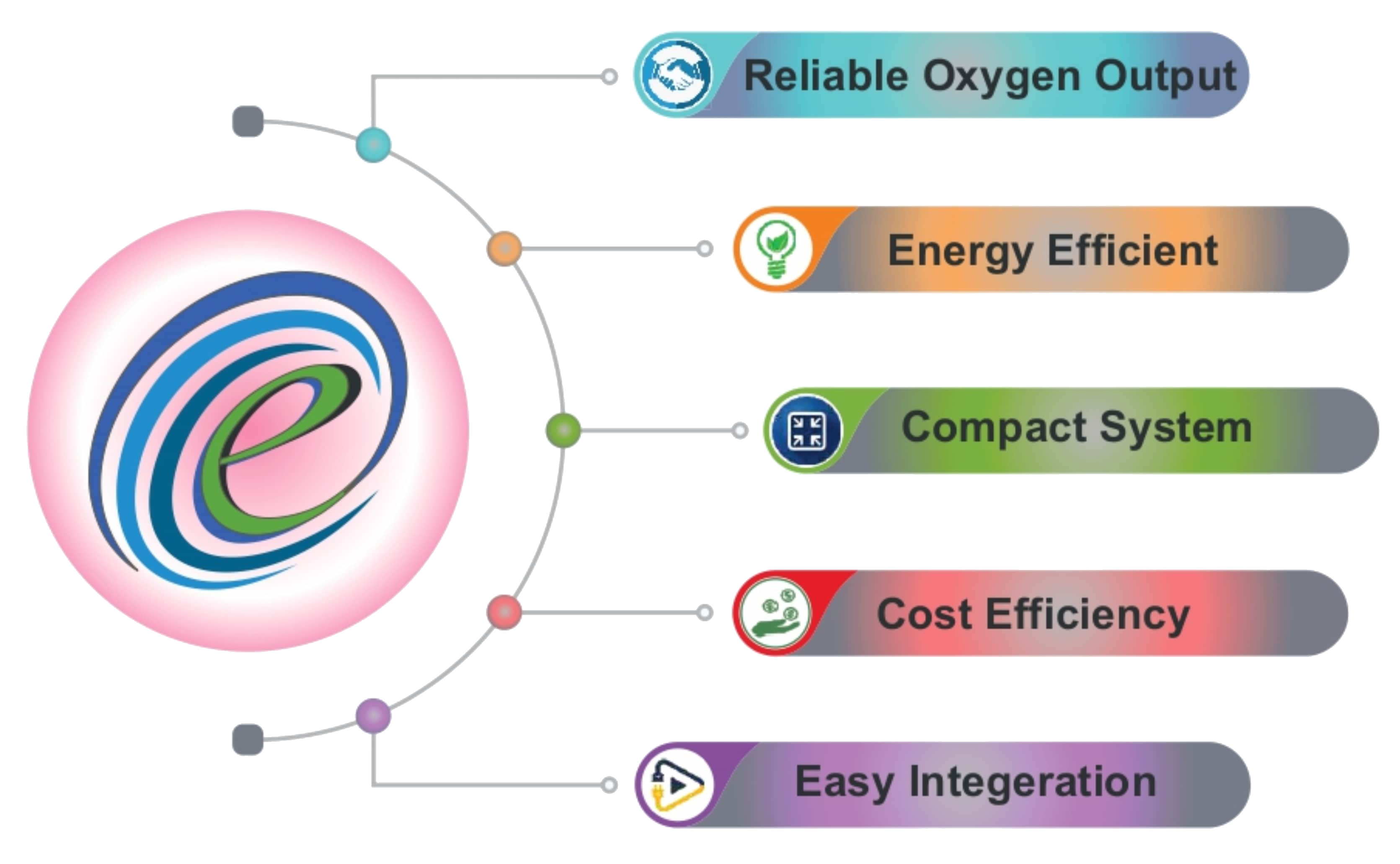